HeatCool Service Co. -- A Family Owned Business In Chicago Since 1956

Freon® 22 is the most commonly used refrigerant in residential homes today. However, per the Montreal Protocol, caps have been established to eliminate the production of Freon® 22.

In the late 1980's, environmental concerns led to a total phase out of R-12 (a CFC) in automotive air conditioners. If you owned a vehicle during that time, you may have experienced first-hand the rapidly rising costs of R-12, or the expense of upgrading to new technology. In fact, during the years 1990 to 1997, our costs for R-12 increased over 600%.

What does all this mean?
During the lifetime of an air conditioning system purchased today, R-22 will be completely obsolete because the manufacture of R-22 will be banned.

Freon® 22, an HCFC also known as R-22, is a harmful refrigerant according to the Clean Air Act of 1990. It is currently being phased out of use and homeowners now are recommended to turn to Puron® refrigerant to maintain their indoor comfort.

Puron®, also known as R-410A, is approved by the EPA to replace Freon® 22 and is the world's first, long-term solution to ozone depletion.

Who makes Puron® products?
There's been one manufacturer who has led the industry in designing and testing cooling equipment that uses Puron®. That manufacturer is Carrier. For nearly 18 years, Carrier has had Puron®-based products installed all over the United States. Puron®-based products have also been proven to be the most reliable in the marketplace and have gained recognition nationwide for dependable operation.

With more than 20,000 active AHRI-rated product combinations that use Puron® refrigerant, you can trust Carrier to have the equipment you want and need to meet tomorrow's standards.

More information be found through the EPA link here -  https://www.epa.gov/ods-phaseout 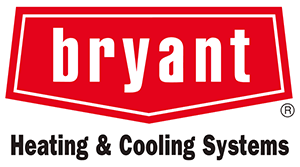